What is audiovisual translation?

Do you like watching the original version of foreign films to practice listening to the language, or to hear the actors’ real voices? Do you use subtitles in this language to help you follow what is being said? Or subtitles in your native language to make sure you understand? Do you prefer watching films in your own language? Audiovisual translation makes this all possible. Audiovisual translation, also known as AVT or, in TAV in Spanish, is the translation of media containing visual and auditory content. In other words, it is the process of translating and adapting the content of audiovisual texts into different languages.

The most famous types of audiovisual translation in the film industry are dubbing and subtitling, but this category also includes several other modes of translation.

The Oxford English Dictionary defines ‘subtitles’ as “Captions displayed at the bottom of a cinema or television screen that translate or transcribe the dialogue or narrative”. In other words, subtitling is putting the sounds in a film or programme into words that appear on the screen.

Any audiovisual product can be subtitled, from films for the big screen and programmes and documentaries for TV channels and streaming services, to video games, video tutorials, e-learning platforms and more.

Interlingual subtitling: this is the most common type. All the important sounds are translated into another language and displayed on the screen in writing. Films in English are very often subtitled in other languages, including Spanish.

Intralingual subtitling: here, the dialogue and other relevant sounds are transcribed rather than translated. This means that the subtitles are in the same language as the dialogue, and they provide any other information that the viewer needs to understand the storyline in writing. For example, relevant background noises or elements of the soundtrack will be included in the subtitles. An example would be an English film with subtitles in English. This type of subtitling is intended for deaf people and the hard of hearing, but it is also used in language learning contexts.

There are certain norms in the field that need to be followed when subtitling audiovisual products for deaf people, such as the characters-per-second limit, which makes sure that the subtitles are kept at a given reading speed.

Video transcription: if the subtitler or subtitling team do not have access to the original script, the first step is to transcribe the video, turning all the relevant sounds into text.

Spotting: this is the step that ensures that the subtitles are readable. It involves adding time codes to the transcription to show when each subtitle should appear and disappear. The amount of time the subtitle will be on the screen determines how long it can be.

Translation: the greatest difficulty the translator faces at this stage is the need to summarise or expand on the information so that it fits into the timeframe while still being readable.

Subtitle embedding: this is the final stage in the subtitling process, when the subtitles are inserted into the audiovisual product.

The process consists of creating a script which is then inserted into the audiovisual product as a voice-over.

Both subtitling and audio description are audiovisual translation modes used to make audiovisual products accessible to people with disabilities. 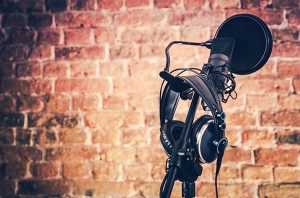 Dubbing is an audiovisual translation mode in which the original actors’ voices are replaced with lines in the target language recorded by professional voice actors in a way that looks natural to the audience. The translation of the original dialogue is adjusted to match the characters’ lip movements. Dubbers are translation industry professionals who work as actors who interpret the text.

Translations for dubbing should not be literal, since dubs are supposed to have the same effect on their target audience as the original version. This means that the translator needs to be creative, adapting the double meanings, jokes and references to the target language and culture.

Translation: the original script for the audiovisual product is translated. Throughout this process, the translator makes any cultural adaptations that are necessary for the viewer to understand the product.

Lip-syncing: the dialogue is synchronised with the characters’ visible lip movements. At this stage, lines may need to be made shorter or longer than in the direct translation.

Dubbing is the most common type of audiovisual translation in the film industry.

Video game localisation is the process of adapting video games so that they can be exported to a foreign market.  To achieve this, the dialogue in the original product needs to be adapted to the target language. This includes adapting the sounds in the new dialogue to the characters’ lip movements. This involves a high degree of creativity, as the translator needs to adapt the double meanings, jokes and cultural references in the script so that the target audience will understand them.

Video game localisers work with three main text types: on-screen text such as menus, scripts for spoken dialogue that will need to be dubbed, and instruction manuals and box art.

Localisers who translate and adapt video games to a new culture often face a particular problem. Audiovisual translators often only have the script for the characters’ dialogue without any images from the game, which is still in development. This makes their work more difficult and can lead to submission delays.

Subordinate translation is a type of translation that is constrained by factors outside of the text’s linguistic content, such as specific lip movements and their timing in films, or the amount of space in a comic’s speech bubbles.

Film scripts for dubbing and subtitling, songs, comics and more.

Voice-over is a production technique in which a voice recording is played on top of the voice of the original speaker. This technique is often used in documentaries and reality TV shows to increase the credibility and drama, which helps to boost ratings.

Unlike translations for dubbing, voice-overs are not adapted to the characters’ lip movements. This means that a voice-over line can be longer than the original line and add more information if needed.

Just like with all translations that will be published, recorded or sold, the script must then be revised by another translator before being passed on to the person responsible for selecting the voices and producing the translation. This person will adjust the length of lines and the wording of the script if these changes are necessary.

The final step in this process is recording the voices in a studio.

Audiovisual translators need to be able to summarise the information in the original text and adjust it to a given maximum reading speed (measured in characters per second), or to particular timings or lip movements.

Why not use automatic translation?

Some automatic translation programmes, such as Google Translate, translate full texts without knowing the context, or without taking the multiple possible meanings of individual words into account. Ultimately, these tools are incapable of understanding the connotations and double meanings that occur in every language. As a result, texts very often lose their meaning when these programmes are used, and their translations contain numerous incoherent phrases. Furthermore, automatic translators cannot translate visual information, which is essential in audiovisual translation.

At Acantho I&C, we work with more than fifty of the world’s languages, including the most in-demand European languages such as Spanish, English, French, German, Italian and Portuguese.

If you need audiovisual translation into any other language, please don’t hesitate to ask. We’ll give you a personalised, obligation-free quote at no cost.

Why you shoud choose Acantho for your audiovisual translations

We are a translation company. We love translation. If you’re looking for real experts in audiovisual translation, get in touch with Acantho I&C today. If you have any questions or need more information, please call us on (+34) 976 910 302, or send an email to info@acantho.eu, and we’ll be more than happy to assist you.