What is literary translation? 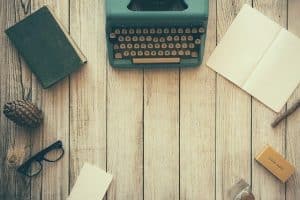 The people responsible for translating literary works (novels, short stories, poetry etc.) are literary translators. These translators are professionals in one of the most complex disciplines in the field of translation.

There are three types of genres in literary texts: narrative, lyric and dramatic texts. These types of texts can be written in prose (such as short stories, novels and plays) or verse (such as poems, odes and elegies).

Literary translations of these works must retain their meaning, style and form in the target language, as well as the author’s voice. The task of translating poetry into a different language is particularly time-consuming due to its complexity. The translator has to match the rhyme, rhythm and meter of the poem in their translation.

The task of the literary translator is to capture the original author’s style. This is extremely challenging because it involves understanding and transmitting all the nuances and double meanings in the original text, while also making the translation read naturally in the target language. The task is so complex that the translator is often viewed more as a second author.

Another distinctive characteristic of this type of translation is its fast pace. Because translated books need to be published quickly, the translators often have to work against the clock. This leaves little time for research, which means that literary translators are often highly experienced as well as being very fast workers. 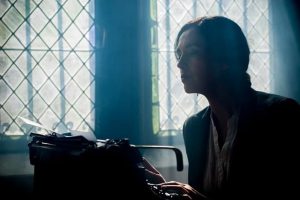 While few translators work with literary texts full time, literary translation is the mode with the most coverage in the media, making this work highly visible.

The translator must follow the author’s style, preserving the “essence” of the original work. Literary translation is halfway between conveying the original message and creating a new text, which means that the translator has to juggle between the literal meaning of the source and the style and poetic elements in the target language.

Literary translation is exceptionally complex because every language uses different expressions and grammatical structures, so it is not always possible to translate the original text literally. The translator often has to almost completely change a sentence or paragraph, so they are often considered a second author. The literary translator is responsible for striking a balance that allows the reader to enjoy a seamless translation while reflecting the character of the original book.

The Septuagint is the first significant translation in the western world. It is a collection of Jewish writings that were translated between the 3rd and 1st centuries BC.

Literary translators started to become more prominent in the 18th century, in the context of colonialism. Great literary works from around the world were translated into European languages, exposing the readers to different cultures. For example, the translation of The Thousand and One Nights is considered to be one of the most important translations in all of world literature.

It wasn’t until the seventies that the translator’s name began to be included on the covers of some novels, and even today it isn’t always the case.

Literary translators are creative professionals with extensive cultural and linguistic knowledge in both languages, as well as specialised training in literary translation.

Knowledge of the author and their work is essential for a high quality reinterpretation in the literary translation.

Literary translation work is, without a doubt, a literary activity. Many translators have been recognised as second authors of the  works they translated because of the literary quality of the translation.

We also find examples throughout history of authors who became literary translators, such as Charles Baudelaire, Vladimir Nabokov and Javier Marías.

One of the challenges that literary translators face is the subjective interpretation of the original text. The translator has to put themselves in the author’s shoes in order to reinterpret their work. To do this, they need to be familiar with the authors style, form and language, as well as their previous work. Literary translators also need to have creative abilities of their own in order to make effective use of punctuation, rhythm, syntax, meaning and other elements in their translations.

There is an interesting article on the Instituto Cervantes website that mentions three different types of errors in literary translation identified by the French-Canadian translation scholar Jean Darbelnet: contresens, non-sens and faux sens. The first term means that the that the translation is contradictory or inconsistent with its context. Non-sens refers to a meaningless or overly vague text. These texts usually produced by a translator who has not fully understood the original. The third type, faux sens, occurs when the message of a translation is comprehensible and makes sense in context, but it is not the same as the message in the source text.

If you would like to read the Spanish article, click on the following link: ¿Qué rasgos caracterizan una buena traducción literaria?

If you need a literary translation in a language that we haven’t mentioned, please don’t hesitate to ask. We’ll give you an obligation-free personalised quote at no cost.

At Acantho I&C, we base our quotes on the word count and requested language combination. We offer major discounts for repetitions and near-repetitions occurring within texts, adjusting the price as closely as possible to the actual number of words to be translated. To do this, we will analyse your texts with our software and give you an exact quote, at no cost and without any obligation.

Why choose Acantho for your literary translations?

We are a translation company. We love translation. We want you to love the results. If you need a literary text translated, leave this task in professional hands. At Acantho I&C, we can help you. If you have any questions or need more information, please call us on (+34) 976 910 302, or send an email to info@acantho.eu, and we´ll be more than happy to assist you.