Boutique translation company offering services tailored by and for discerning professionals; we align each project to perfectly suit your needs.

We'll remove your language barriers
Professional translations by native specialists in more than 50 languages at very competitive prices and in record time. Our team of specialist translators and interpreters uses the latest technology and standardized procedures to ensure excellent quality.
More info

We work with all file formats.
To expand into new markets, the localization (adaptation) of software and websites to different languages, cultures and/or markets is essential. Let us help you in the internationalization or international expansion of your company.
More info

Leave it all to us.
Simultaneous interpreting, consecutive interpreting and liaison interpreting for events, trade fairs and meetings. We have an excellent team of carefully selected professional interpreters with state-of-the-art equipment
More info

Polish up  your language skills and get a competitive edge.
Language courses for companies, small groups and individuals. All taught by qualified native teachers. We have teachers for the language and level you're looking for in Zaragoza.
More info

Our translation company Acantho Ideas & Cultures has a strong presence in many different sectors. We take the time to learn about the unique circumstances and needs of each and every one of our customers.

This is why in Acantho we take very special care of our customers, attending to their specific needs, aims and values. We provide them with the very best professionals in the sector (native professional translators, sworn translators, simultaneous interpreters, language teachers), with unparalleled turnaround times and always specializing in the area of knowledge required.

What is a boutique translation company?

Boutique means you get the service, price and quality you deserve.

It’s the difference between walking into a shop where the staff will welcome you and greet you by you name and walking into a big store where you are just another customer. And if you have any special requirements…well that’s another story.

And we are no more expensive. In fact, because we are a family company, there are no shareholders to please and we’re not a start-up looking to make quick money through artificial intelligence which is still decades away from being useful.

We properly analyse each project (something robots can’t do) and work out the fastest and cheapest way to provide you with a great translation. For example, we check for:

And we don’t just outsource the translation to the lowest bidder.

We have an in-house team translating in the main European languages and we outsource some projects to our Inner Circle of trusted translators and interpreters.

In most sectors today, just as in translation, it’s easy to buy “cheap and poor quality” and it’s easy to buy “expensive and high quality”. But its more difficult to buying what we offer: “excellent quality at very reasonable prices.”

How much will it cost me?

We charge per word, not per page or per line because the quantity of work can vary a lot depending on the format. This is the cheapest option for you.

We offer discounts for sentences or partial sentences that are repeated in your text.

How soon will be translation be ready?

Do you do sworn or official translations?

What languages do you translate?

We work with all the most frequently used languages and with many more as well. In fact, we work with over 50 languages!
The most highly demanded European languages include Spanish, English, French, German, Italian and Portuguese (and we also work with the Spanish regional languages of Catalan, Valencian, Galician and Basque). Other popular languages we work with include the Nordic languages (Swedish, Danish, Norwegian and Finnish), Eastern languages (Russian, Polish, Romanian, Ukrainian, Bulgarian, etc.) as well as many less frequently requested languages (Slovenian, Greek, Serbo-Croatian, Dutch, Hungarian, Turkish, Hebrew, Hindi and Urdu). We also work with the internationally important languages of Arabic, Chinese, Japanese and Korean.

If you require a translation in a language not included in this list, please don’t hesitate to drop us a line.

Who do you provide translations for?

Generally speaking, we have three kinds of customers: 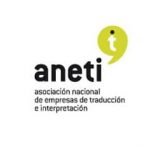 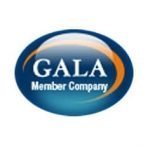 Call us and get a quote
Or request an online quote

Or, if you're local to Zaragoza

All quotes are completely free of charge and are on a no-obligations basis.

We look forward to hearing from you.